On October 28, 2021, the Center for Child and Family Policy hosted Dr. Tiffany Green, assistant professor of population health sciences and obstetrics and gynecology at the University of Wisconsin-Madison, as a speaker in its Early Childhood Initiative Series. Dr. Green’s talk, “Income Gains, Pregnancy-Related Health, and Birth Outcomes: Evidence from the Marcellus Shale Economic Boom,” summarized the research and findings of a study completed with co-researchers Alexander Chapman and Molly Martin of Penn State University.

In recent years, researchers have increasingly sought to identify a causal link between increases in income and improvements in health outcomes. Dr. Green’s research specifically explored the link between income gains and reproductive health outcomes by examining not just changes in health metrics like birth weight or gestational weight gain, but also in behaviors that have been shown to ultimately impact reproductive health outcomes like rates of prenatal care usage and smoking during pregnancy. 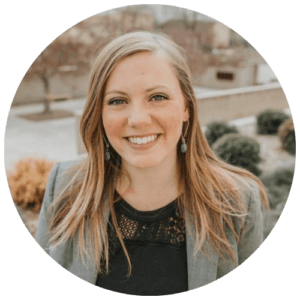 To do this, Dr. Green and her team used the economic boom incited by fracking efforts at the Marcellus Shale formation in upstate Pennsylvania as an exogenous shock to income. Gas extraction efforts first began in 2005 and pumped $3.5 billion into the Pennsylvania economy before drilling stopped in 2012. Residents who owned property in “core” areas, where the majority of fracking efforts were occurring, received royalties for allowing oil companies to drill on their property. Those living in non-core areas did not receive these royalties. Further, job growth directly related to the fracking operations and in the hospitality industry contributed to the economic stimulus experienced by many area residents during this time.

Using state tax records, Dr. Green and her team were able to estimate the incomes of individuals living in core areas above the Marcellus Shale before and after the economic boom. Using vital statistics birth records, the team was also able to identify health outcomes like rates of smoking, preconception weight, occurrences of preterm birth, and low birth weights. They noted similar starting points for Pennsylvanians living above core and noncore areas.

The findings revealed mixed impacts of income increases on pregnancy-related health behaviors and maternal and child health (MCH) outcomes. While an increase in income did not produce a significant impact on prenatal care use, it did seem to incite a small increase in the probability of receiving adequate prenatal care (0.02 percentage points). Experiencing an increase in income did seem to reduce the probability of high weight gain during pregnancy, a measure often correlated with adverse maternal and child birth outcomes.  Additionally, though previous research on the impacts of the Earned Income Tax Credit (EITC) found that increases in income decreased rates of maternal smoking, Dr. Green’s team found no significant impact of increased income on rates of maternal smoking.

The variability in findings may suggest the need for cash transfer and guaranteed income policies that are shaped to fit the needs and behaviors of a specific populous rather than a one-size-fits-all approach. As calls for policies like universal basic income or unconditional cash transfers continue to increase, research like Dr. Green’s that seeks to determine the potential efficacy of these programs will continue to grow in its importance.