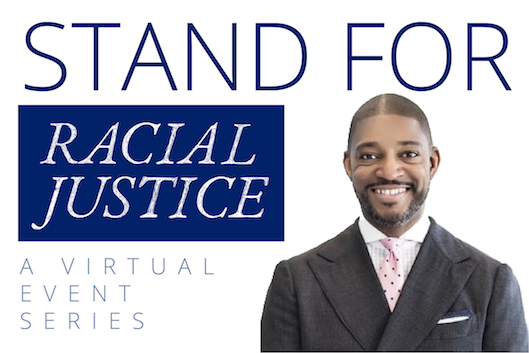 Rev. Dr. Starsky Wilson, a pastor, philanthropist, activist and Duke alumnus, became the president and CEO of the Children’s Defense Fund in December 2020. He is a national thought leader in racial justice, community organizing, and movement building and a strong advocate for children’s rights. Dr. Wilson joined the Children’s Defense Fund with a focus on leading the current movement to end racial and economic injustice to ensure that every child has a Healthy Start, a Head Start, a Fair Start, a Safe Start and a Moral Start in life.

Previously, Dr. Wilson was president and CEO of Deaconess Foundation, board chair for the National Committee for Responsive Philanthropy, and vice chair of the Forum for Theological Exploration. He is an advisor to the Democracy Fund, which supports ideas from across the political spectrum in pursuit of free and fair elections and an inclusive society. Dr. Wilson co-chaired the Ferguson Commission, an independent group appointed by Missouri Governor Jay Nixon to conduct a “thorough, wide-ranging and unflinching study of the social and economic conditions that impede progress, equality and safety in the St. Louis region” after the police killing of Michael Brown, Jr. in 2014.

This ‘Stand For’ talk is co-sponsored by the Sanford School of Public Policy, the Duke Center for Child and Family Policy, the Duke Divinity School and the Samuel DuBois Cook Center on Social Equity at Duke.