The primary focus of Rick Hoyle's research program is self-regulation. He works from an integrative model of self-regulation that brings executive functioning, temperament, personality, and cognitive processing to bear on question about the role of self-regulation in adaptive and maladaptive behavior.

He is currently a principal investigator for the Center for the Study of Adolescent Risk and Resilience (C-StARR). 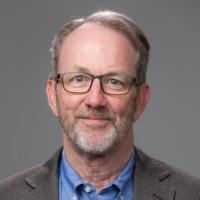