Megan Golonka is associate director of the Biological Data Acquisition and Analysis Core in the Center for the Study of Adolescent Risk and Resilience (C-StARR). She is also affiliated with the Center for Child and Family Policy, where she teaches the cornerstone course for the Child Policy Research Certificate Program. She is also a member of the Child Maltreatment Prevention research team in the Center for Child and Family Policy. Her areas of interest include adolescent risk behavior and social development, parental incarceration, and child abuse prevention.

Golonka originally joined the Center as a senior research aide (2001-2004) after receiving her B.A. in psychology from the University of Notre Dame. She later worked as a project coordinator with the Center's Transdisciplinary Prevention Research Center (2004-2008) before attending graduate school. Golonka received her Ph.D. in developmental psychology from Duke University in 2013, along with a Certificate in College Teaching from the Duke University Graduate School. She spent a year teaching emerging adulthood in the Duke University Thompson Writing Program before returning to the Center to focus on research in July 2014. 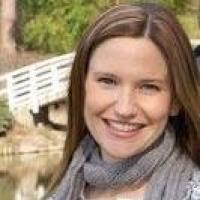