Marcos A. Rangel is an applied microeconomist and assistant professor in the Sanford School of Public Policy. His research focuses on the patterns of accumulation of human capital, with particular attention to racial differentials and the intra-family decision process (parents and children) to the impact of policies to foment education and health. His research has contributed to a better understanding of the negotiations between mothers and fathers, and also how families insert themselves into societies and influence the allocation of resources toward investment in children’s human capital.

Recent projects include investigating the impact of prenatal care policies and maternal labor regulations over child outcomes, focusing on the innovative use of data to infer causal effects of policies. Current work computes the impact of agricultural development, environmental regulation, and business cycles over health outcomes of infants and mothers-to-be by using satellite pictures of areas in which agricultural activities rely on the use of fires. 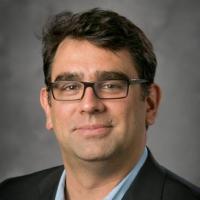