Makeba Wilbourn's program of research explores how the relationship between cognition and language changes over time and the types of input (e.g., gestures, bilingualism) that influence this relationship.

In general, her research addresses three key theoretical questions. First, how does cognition influence language early in development? In particular, she is interested in how infants and toddlers’ developing cognitive and perceptual skills lay the foundation for early word learning and how this changes as a function of input and experience. Second, how does language come to influence cognition in children and adults? In this line of research, she is interested in determining how various types of linguistic and cultural experiences affect the cognitive abilities of monolinguals and bilinguals throughout development. Finally, how does the use of gesture influence the relationship between cognition and language? This area of research focuses on the relationship between early gesture use and later language development and how this relationship is influenced by socio-cultural factors, such as race and socioeconomic status. 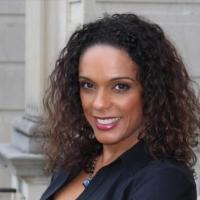