Jerry Reiter is the Mrs. Alexander Hehmeyer Professor of Statistical Science at Duke University. Reiter participates in both applied and methodological research in statistical science. He is most interested in applications involving social science and public policy, although he enjoys working with researchers in all disciplines.

His methodological research focuses mainly on statistical methods for protecting data confidentiality, for handling missing data, and for modeling complex data, including methods for causal inferences. Reiter is the principal investigator of the Triangle Census Research Network, which is funded by the National Science Foundation to improve the practice of data dissemination among federal statistical agencies.

Reiter graduated from Duke with a BS in mathematics in 1992. He earned his Ph.D. in statistics from Harvard University in 1999. Reiter returned to Duke in 2002 in the Department of Statistical Science. In 2010, he was appointed a Bass Chair in recognition of "excellence in undergraduate teaching and research." In addition, he received the Alumni Distinguished Undergraduate Teaching Award in 2007. This annual award is given by Duke undergraduates to a member of the Duke faculty. 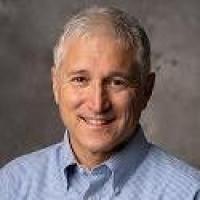