Jeffrey Swanson is professor in psychiatry and behavioral sciences at Duke University School of Medicine. He is also co-director of the UNC-Chapel Hill/Duke Postdoctoral Training Program in Mental Health and Substance Abuse Services and Systems Research. Swanson is a medical sociologist (Ph.D., Yale, 1985) with expertise in psychiatric epidemiology, mental health services effectiveness, and mental health law and policy studies.

Swanson is the author or co-author of over 150 research publications on topics including violence and severe mental illness, the impact of involuntary outpatient commitment law, and psychiatric advance directives.

Swanson is the recipient of an Independent Research Scientist Career Award from the National Institute of Mental Health in support of his research program on violence and severe mental illness. He has served as a consultant to policymakers at the state and national levels, public health care institutions, foundations, corporate research, and legal firms. 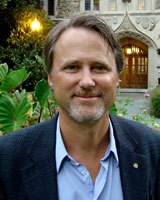