Doriane Coleman is a professor of law at Duke Law School, where she specializes in teaching and scholarship related to children and the law. Her scholarship has focused on the relationship between parents and the state and decision-making for the child in the context of that relationship, and on cultural conflicts between traditional parenting practices and American legal norms.

In the past few years, Coleman’s work has become increasingly interdisciplinary. This new focus has been fostered by her affiliations with the Center for Child and Family Policy and Duke’s Trent Center for Bioethics, Humanities and the History of Medicine.

Her current projects include collaborations with relevant scholars on the use of healthy minors as organ donors for their ill siblings; the issues raised by intersex athletes for elite international sport; and the implications of developments in neuroscience for tort law.

Coleman received her Juris Doctor degree from the Georgetown University Law Center (1988), where she was an associate editor on the Georgetown Law Journal. She received her Bachelor of Arts degree from Cornell University (1982) with Distinction in All Subjects. Coleman practiced law for the Washington, D.C., firm of Wilmer, Cutler & Pickering (now Wilmer Hale), from 1988 to 1991. In her previous life (as Doriane Lambelet) Coleman also competed internationally, running 800 meters. She was the U.S. National Collegiate Indoor Champion in 1982 and the Swiss National Champion in 1982 and 1983. In 1979, she ran the world’s fastest time over 600 yards indoors. 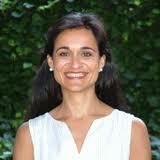