Philip J. Cook is Sanford Professor Emeritus of Public Policy and Professor Emeritus of Economics and Sociology at Duke University. He served as director and chair of Duke’s Sanford Institute of Public Policy from 1985-89, and again from 1997-99. Cook is a member of Phi Beta Kappa, and an honorary Fellow in the American Society of Criminology. In 2001 he was elected to membership in the National Academy of Medicine.

Cook joined the Duke faculty in 1973 after earning his economics PhD from the University of California, Berkeley. He has served as consultant to the U.S. Department of Justice (Criminal Division) and to the U.S. Department of Treasury (Enforcement Division). He has served in a variety of capacities with the National Academy of Sciences, including membership on expert panels dealing with alcohol-abuse prevention, violence, school shootings, underage drinking, the deterrent effect of the death penalty, and proactive policing. He served as vice chair of the National Research Council’s Committee on Law and Justice.

Cook, together with several colleagues, developed a truancy prevention program for primary school and field tested it, with very promising results. He has coauthored several studies about peer influence and sibling influence in academic performance. He and Songman Kang continue to explore the effect of exact age on academic performance and non-academic outcomes, including delinquency and crime. He is consulting on a new study of the extent to which high serum lead levels affect schooling and crime involvement, using data from Wake County.

Over much of his career, one strand of Cook’s research concerns the prevention of alcohol-related problems through restrictions on alcohol availability. An early article was the first to demonstrate persuasively that alcohol taxes have a direct effect on the death rate of heavy drinkers, and subsequent research demonstrated the moderate efficacy of minimum-purchase-age laws in preventing fatal crashes. Together with Michael J. Moore, he focused on the effects of beer taxes on youthful drinking and the consequences thereof, finding that more restrictive policies result in lower rates of abuse, higher college graduation rates and lower crime rates. His book on the subject is Paying the Tab: The Costs and Benefits of Alcohol Control, (Princeton University Press, 2007; 2016 in paper).

A second strand has concerned the costs and consequences of the widespread availability of guns, and what might be done about it. His book (with Jens Ludwig), Gun Violence: The Real Costs (Oxford University Press, 2000), develops and applies a framework for assessing costs that is grounded in economic theory and is quite at odds with the traditional “Cost of Injury” framework. His book with Kristin A. Goss, The Gun Debate (Oxford University Press 2014) is intended for a general audience seeking an objective assessment of the myriad relevant issues. He has ongoing projects in Chicago, Boston, and Durham on how to improve police investigations into shootings.

Cook has also co-authored two other books: with Charles Clotfelter on state lotteries (Selling Hope: State Lotteries in America, Harvard University Press, 1989), and with Robert H. Frank on the causes and consequences of the growing inequality of earnings (The Winner-Take-All Society, The Free Press, 1995). The Winner-Take-All Society was named a “Notable Book of the Year, 1995” by the New York Times Book Review. It has been translated into Japanese, Chinese, Portuguese, Polish, and Korean. 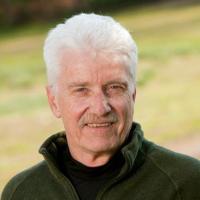