Charles Clotfelter is Z. Smith Reynolds Professor of Public Policy Studies and professor of economics and law at Duke University, where he has taught since 1979. He is also director of the Center for the Study of Philanthropy and Voluntarism at Duke and is a research associate of the National Bureau of Economic Research. His major research interests are in the economics of education, the nonprofit sector, public finance and tax policy.

He is the author of Big-Time Sports in American Universities, After Brown: The Rise and Retreat of School Desegregation (Princeton: Princeton University Press, 2004), Buying the Best: Cost Escalation in Elite Higher Education (Princeton University Press, 1996), and Federal Tax Policy and Charitable Giving (University of Chicago Press, 1985). He has co-authored books pertaining to the costs of higher education, lotteries, and philanthropy and the nonprofit sector.

He taught at the University of Maryland from 1974 to 1979, spending his last year there on leave at the U.S. Treasury’s Office of Tax Analysis, where he was a Brookings economic policy fellow. While at Duke, he has served as vice provost for academic policy and planning from 1983 to 1985, vice chancellor from 1985 to 1988 and vice provost for academic programs from 1993 to 1994. He has also served as president of the Southern Economic Association. During the 2005/06 year he was a visiting scholar at the Russell Sage Foundation. 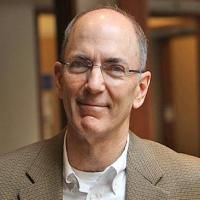