Ahmad Hariri is professor of psychology & neuroscience and investigator in the Institute for Genome Sciences & Policy at Duke University. Prior to joining the faculty at Duke, Hariri served as the director of the Developmental Imaging Genetics Program at the University of Pittsburgh. He received both a BS and MS from the University of Maryland, where he studied evolutionary biology. In 2000, he completed his Ph.D. in neuroscience at UCLA, working with Dr. Susan Bookheimer. He joined the faculty at Pitt in 2003 after working as a research fellow in the laboratory of Dr. Danny Weinberger at the NIMH.

Hariri's research is focused on using modern molecular genetics and neuroimaging methods to identify specific biological pathways that help shape individual differences in temperament and personality, as well as related risk for neuropsychiatric disease. The long-term goals of his research program are to identify neurobiological pathways mediating variability in complex behaviors and related risk for neuropsychiatric disease that will allow for the development of more effective, individually tailored disease treatment and, ultimately, prevention.

Findings from Hariri's program of research have been published in Science, Nature, Nature Neuroscience, Journal of Neuroscience, Archives of General Psychiatry, Biological Psychiatry, Trend in Cognitive Sciences and the Annual Review of Neuroscience. In August 2009, Dr. Hariri's contributions to the science of individual differences were recognized by the APA who presented him with the Distinguished Scientific Award for Early Career Contribution to Psychology. 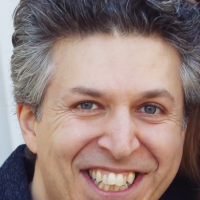