Scott Hippert serves as senior advisor to Family Connects International, where he identifies and develops relationships with key partners and funders at the national level.

As a nationally recognized leader in the early childhood movement for more than 25 years, Hippert has led organizations and helped advance community, state and national efforts to improve the well-being of young children and families.

In addition, Hippert has served on numerous advisory boards, including the Public Broadcasting Service Ready to Learn initiative, the national Early Care and Education Consortium, the National Home Visiting Models Alliance, the Community Advisory Board to the George Warren Brown School of Social Work at Washington University, and as a commissioner on the St. Louis Mayor’s Commission on Youth and Families.

Hippert received his BA in speech/radio-television from the University of Northern Iowa and a Masters in Divinity from the Saint Paul Seminary School of Divinity, University of St. Thomas in Saint Paul, Minnesota. 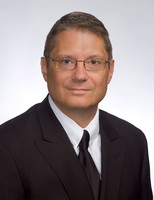