Dodge led the research and development of the Family Connects model, an evidence-based and successfully demonstrated program that connects parents of newborns to the community resources they need through postpartum nurse home visits. The model has been shown to improve maternal and child health outcomes, including lowering rates of Child Protective Services investigations for suspected child abuse or neglect. Piloted in Durham, North Carolina, in 2008, the model is currently being disseminated nationwide through Family Connects International.

Dodge has published more than 500 scientific articles which have been cited more than 128,000 times. 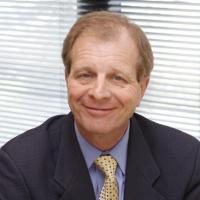