The Power of Storytelling: How Parents and Caregivers Can Give Children a Strong Foundation for Language and Literacy Development

The long-term benefits of telling stories with young children was recently documented by a team of researchers, including Duke University Research Scientist Dr. Robert Carr. In a study published in Developmental Psychology, the research team found that children demonstrated higher language skills and, in turn, higher literacy skills throughout elementary school if their mothers used more engaging and complex language while telling stories and reading books together during early childhood.

The study involved mothers and children enrolled in the Family Life Project, a population-representative sample of children born in two rural communities in North Carolina and Pennsylvania. The study recruited a large sample of 1,292 children and families from hospitals at the time of the child’s birth in 2002-2003, and the study researchers have continued to follow the children and families ever since then. The sample of families residing in these two rural communities was both ethnically and economically diverse (e.g., 43% African American and 70% low-income).

“A huge strength of our study was its focus on storytelling as context for learning and development during early childhood” said Carr. “Because previous research has found that learning how to read begins with learning language, the rich tradition of oral storytelling among families in rural communities can provide young children with a stimulating environment to acquire early language and literacy skills. This may be especially true for the low-income and African American families included in our study.” 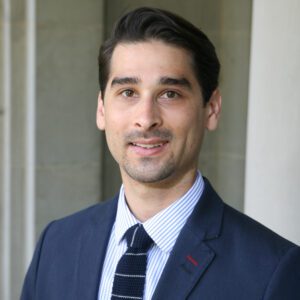 For this study, the Family Life Project researchers visited families in their homes to observe primary caregivers and children interacting with a wordless picture book when the children were 2, 6, 15, 24, and 36 months old (95% of primary caregivers were mothers, but the sample also included grandmothers, fathers, and same sex partners, henceforth referred to as mothers). During these interactions, the mothers were prompted to generate language in order to convey the stories depicted in the picture books.

“We selected books that contained no words but displayed engaging images that were culturally appropriate and featured ethnically diverse characters,” said lead-author Dr. Lynne Vernon-Feagans, Distinguished Professor Emerita at UNC-Chapel Hill's School of Education. “At times, we had to create our own wordless picture books in order to meet our standards.”

After transcribing and coding the language that mothers used during the book-sharing interactions, the researchers measured the total number of words spoken by the mothers, the grammatical complexity of the mothers’ sentences, and the number of engaging “Wh” questions the mothers asked the child as they looked through the picture books and told stories together (e.g., Who, What, When, Where, and Why).

The findings of this study reveal that children’s development of early language skills was significantly boosted when mothers used more complex and engaging language during these shared book reading interactions. Children who experienced this boost to their early language development went on, in turn, to demonstrate higher literacy and reading comprehension skills across the entire elementary school period, through fifth grade. Although maternal language complexity and engagement were both significant predictors of children’s language and later literacy trajectories, the total number of words spoken by the mothers was not.

The study’s use of wordless picture books allowed the researchers to measure aspects of communication between mothers and their children that extend beyond simply reading the text prescribed by the authors of children’s books. Carr explained how the quality of language that is used while telling stories can be a notable strength of many caregivers, families, communities, and cultures.

“Storytelling is a medium in which families with all types of resources and assets can thrive,” he emphasized, explaining how wordless picture books allow parents and caregivers to “talk beyond the script in ways that may be more culturally relevant and meaningful, compared to simply reading books.” Vernon-Feagans agreed with this sentiment, describing how storytelling “frees up parents to talk with children about lived experiences and family history.”

“Storytelling is a medium in which families with all types

of resources and assets can thrive.”

The Family Life Project is the largest known developmental study of children in rural communities, and this new publication shows that parents’ use of complex and engaging language during early childhood has significant benefits for children’s early language and later literacy skill development. “Early maternal language input and storytelling appears to have a lasting impact that makes a difference for children as they progress through school, lasting 7-years down the line and all the way through fifth grade,” said Vernon-Feagans.

With this compelling evidence of the long-term benefits of language input and storytelling for children’s language and literacy development, this research offers practical implications for ongoing efforts to distribute books and promote literacy learning among families. For example, Dolly Parton’s Imagination Library mails over 1 million free books to children around the world each month. This new study suggests that furnishing wordless picture books to families as well as helping parents, other caregivers, and child care providers learn strategies to engage children in language-rich storytelling might contribute to children’s long-term reading success in school.