Rewiring the High School Experience: Innovations of the P-TECH Program

The Breaking Barriers virtual event on September 15, 2021, featured author Stanley Litow, Duke visiting professor of the practice in the Sanford School of Public Policy, and ShuDon Brown, a 2016 graduate of the Pathways in Technology Early College High School (P-TECH) in Brooklyn, New York. Moderator Jay Mathews, education columnist for the Washington Post, led the guests in an engaging discussion on the benefits of student-led and teacher-supported learning, the impressive scalability of the P-TECH educational model, and the future of high school and college education, both in the U.S. and around the world.  According to former U.S. Secretary of Education John B. King, Litow’s book, Breaking Barriers: How P-Tech Schools Create a Pathway From High School to College to Career, is “a necessary read for anyone who believes in the incredible potential of young people and what is possible when sectors unite.”

P-TECH began as a collaboration among the New York City Department of Education, The City University of New York, New York City College of Technology, and the IBM Corporation to reimagine a STEM curriculum that extends two years beyond traditional U.S. high schools to “Grade 14.” 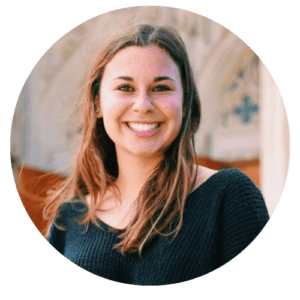 “P-TECH blows apart the notion that high school is grade 9 to 12, and then students go off with a high school diploma to enroll in a college,” shared Litow. Instead, P-TECH creates a novel, integrated high school and college program. Due to the vast scope and intentional sequencing of P-Tech courses, students gain not only a high school diploma but also an associate degree. Graduating students are typically first in line for jobs from prominent industry partners— Litow cites IBM, Thomson Reuters, Tesla, and Corning as a few examples. Such a program has significant relevance in both the American past and present.

“Coming out of the recession of 2008,” Litow shared, “there weren’t enough people who had the right skills, the right education, to take the kind of competitive jobs in a changed economy.”

This American reality led to the opening of the first P-TECH school in Brooklyn, New York, at a time when the Great Recession had pushed American unemployment to a peak of nearly 11 percent (Source). In the current age of the COVID-19 pandemic and with 266 schools adopting the P-TECH model the across the country, Litow described the skills crisis as being “on steroids across the United States.” Amid the pandemic shutdown, unemployment peaked at around 16 percent in the second quarter of 2020, with higher rates for women and people of color (Source). There are several factors related to the COVID-19 pandemic that have contributed to this crisis: college enrollment declines; prolonged elementary, middle, and high school closures; and inequities in access to educators and advisors for minority and low-income students.

“What was done with P-TECH,” Litow explained, “was starting off with the initial school, build[ing] into the design as many ways to eliminate the barriers to replication as possible.”

Such design processes include an open enrollment model; inclusion of community, education, technology, and government stakeholders; and alignment with existing school district curricula. “That’s why [P-TECH] started going to scale almost immediately,” Litow stated. Now an international model in 28 countries, Litow  said that students of color who graduate from P-TECH programs are graduating college at rates that are more than 400 percent higher than the U.S. average.

Litow posited an important question: how do we continue to scale up this innovative program? The answer: individual stories. P-TECH graduates, Litow explained, can share their experiences and simultaneously “dispel all myths about who can succeed in college and career.”

ShuDon Brown, among the first P-TECH graduates from the Brooklyn program and now a current shared services robotic process automation specialist at IBM, explained how she was initially “wary of P-TECH” and “had no idea what [she] was getting [herself] into.” Brown was remarkably candid during this discussion, sharing how she was very shy as an adolescent. When asked about her academic abilities prior to entering the P-TECH program, Brown acknowledged that her confidence was at an all-time low. After P-TECH, however, Brown stated that she “completely broke out of [her] shell” by being given the chance to explore and “push [herself] past [her] limits.” When asked what was so special about P-TECH, Brown emphasized how the P-TECH program instills confidence in its students and encourages them to “not be afraid to fail.”

“At P-TECH,” she continued, “you’d think it’d be really tough and aggressive… but that’s not the environment at all, it’s almost the complete opposite.”  Brown shared how her experience as a P-TECH student helped her to believe in herself and her resilience.

“That culture, that environment, is really what forced me out of my shell to say ‘I can try anything. If I fail, it’s okay; I’m going to pick myself up again and keep going.’” Litow added, “there’s a culture in the building that every student will succeed, and there’s also a culture in the building that the teachers will support the other teachers.”

Brown reported how P-TECH teachers strive to make every student feel supported, listened to, and optimistic about their futures. For example, Brown shared how one of her teachers went out of her way to schedule meeting times to accommodate her extracurricular activities. Furthermore, Brown shared how her P-TECH teachers applied the math class material to her own way of learning, her own existing schemas. “It was understanding that I could also apply that [way of thinking] to other subjects,” shared Brown, “and rewire how I needed [to see the material] for myself.”

Being a P-TECH student extends both beyond the typical academic year as well as beyond the traditional high school curriculum. Brown herself completed trigonometry over the summer before her sophomore year and shared how completing summer coursework was “a normal thing… in P-TECH it’s like, ‘Okay, I’ll see you in summer school!’” She also remembers IBM mentors coming to the school’s auditorium to talk to students about their work, similar to a job fair.  Additional opportunities included worksite visits, workplace learning courses, and paid internship opportunities. Such connections with mentors allowed students to think outside of the box regarding work opportunities that included travel and the many different disciplines within the technology industry.

“That’s why this pipeline is moving such a large number of young people of color into these positions,” observed Litow.

With collaborative technology and college partners, P-TECH schools and P-TECH students have the opportunity to have working professionals as mentors in their field of interest, take college courses as high school students, and build robust support networks of mentors and peers from other P-TECH programs.

So what is the future for the P-TECH concept and P-TECH students? Litow highlighted how the Biden administration has lots of opportunities for impact: P-TECH students could gain eligibility for Pell grants while they are in high school to defray college tuition costs and those enrolled in college courses could become eligible for federal college work-study grants. Brown encouraged incoming P-TECH students to not be afraid “because you’re going to get through it and no one’s going to let you fall, no one’s going to let you fail, everyone’s going to support you.” “At the same time,” she added, “be afraid… you should always be challenging yourself and looking for those new opportunities.”

As I think back on my own challenging high school experience (thank you Georgetown Day School in Washington, DC) and my past three and a half years here at Duke, ShuDon Brown captured the essence of a comprehensive, progressive, fully supportive educational model.

Sophie Hurewitz is a senior at Duke University majoring in Neuroscience with a minor in Global Health and a certificate in Child Policy Research. She plans to become a developmental-behavioral pediatrician to combine her interests in health and education policy with clinical medicine and child and adolescent development.