A push for increased diversity in classes and programs is at the forefront of many educational institution initiatives. Those initiatives would not be possible without the efforts of figures such as Dr. Dudley Flood, a champion of school integration who was instrumental in desegregating schools across North Carolina.

On November 15, 2022, the Center for Child and Family Policy welcomed Dr. Flood, a former educator and administrator in the North Carolina Department of Public Instruction, to speak about his insights regarding school desegregation and today’s efforts towards school integration. The discussion, “School Desegregation: Past, Present, & Future” was moderated by Dr. Keisha Bentley-Edwards, associate professor and associate director of research at the Samuel Dubois Cook Center on Social Equity. This talk was part of the Sulzberger Distinguished Lecture series.

In 1970, Dr. Flood joined the North Carolina Department of Public Instruction and was tasked with desegregating schools throughout the state. As part of this effort, Dr. Flood was called to Hyde County in Eastern North Carolina to end a year-long boycott by Black parents protesting the closure of two historically Black schools. The Hyde County Board of Education thought that by closing the Black schools, everyone would have to attend the same school, and therefore they would have met the challenge of desegregation. “Legally you would have. Societally, you would not have,” Dr. Flood said, emphasizing the school’s role as a place of assembly and as the “heartbeat of the community.” People felt an allegiance, a fidelity, to their school, which needed to be accounted for in desegregation efforts.

Following discussions with all stakeholders, Dr. Flood successfully integrated the schools in Hyde County and ended the boycott. “You don’t change anything until you can change the narrative for the populace,” he said. To reach a consensus on any issue, we should treat discussions not as conflicts but as conversations, and treat others not as adversaries but as people working together to achieve an outcome. In one anecdote, Dr. Flood reenacted a conversation that he had with another educator regarding the color of a bicolored marble. From Dr. Flood’s side, it was green, while from his colleague’s perspective, the marble was red, and so he asked, “what if you were to come around and see how it looks to me, and what if I were to come around and see how it looks to you?” This act opened the floor and allowed the two to have an open conversation, communicate without animosity, and move the discussion forward. “As simple as it sounds —it began to change the narrative.”

Dr. Flood reflected on education as an institution, noting that schools are the “only entity in America that belong to all the people.” Regarding his own education, he told the audience, “I didn’t go to school for me. I went to school for you. That’s why I’m here. I’m here because school gave me something to pass on to you and to others.”

Dr. Flood concluded with the idea of integration. While desegregation is a legal process, integration involves instilling a mutual respect and understanding between peers: “Every aspect of your life is based on your respect for other human beings. Learn how to create an environment in which everybody is respected.” To respect each other is to have the full acceptance of people’s differences and regard for each other’s personhood. While society has made strides in desegregation, we have a long way to go before achieving true integration.

Dr. Flood’s talk was truly inspiring. The consequences of his efforts in desegregation and integration are immeasurable, and we as students and educators feel the effects of his work every day. To end the conversation, Dr. Flood closed with a call to action: “We have to join hands and as a mass, influence decision making. Society has divided and conquered us. Let’s pull together. We need all of you to be thinking similarly to what is good.” 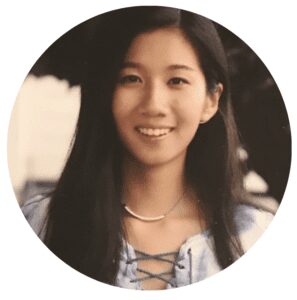 Grace Lee is a senior majoring in Neuroscience (B.S.) with a certificate in Child Policy Research. She aspires to be a physician-researcher working at the intersection of medicine, policy, and research regarding the social determinants of health, with a focus on child and adolescent welfare.

Parenting plays a central role in children’s development, shaping children’s understanding of the world and their role within it. Parenting does not only impact children, as its effects follow individuals through adolescence and adulthood. Each culture takes a unique approach to parenting, leading researchers to ask questions about the developmental outcomes of different practices.

On October 20, 2022, the Center for Child and Family Policy hosted a conference on International Perspectives on Parenting and Childhood Development, where researchers from the Parenting Across Cultures (PAC) longitudinal study presented their findings. Led by an international research team, PAC began in 2008 and has studied families from nine different countries, including China, Colombia, Italy, Jordan, Kenya, the Philippines, Sweden, Thailand, and the United States. The study began with a large and diverse sample, comprising nearly 1,500 8-year-old children and their mothers and fathers. Across 14 years, researchers have interviewed the parents regarding the child’s adjustment, attitudes, self-regulation, and relationships, allowing the researchers to understand how biological, social, and cultural factors influence development. Using their findings, the researchers aim to influence interventions for adolescents and promote healthy relationships between parents and their children.

Demonstrating the breadth of their work, the researchers presented on topics ranging from child mental health to positive discipline to the enforcement of rules across cultures. In one presentation, Sombat Tapanya from Chiang Mai University in Thailand described Parenting for Lifelong Health in Thailand, a training program which identifies at-risk families and helps them practice positive parenting. This program is widely effective in reducing negative family outcomes, as it yields lower rates of abuse, maltreatment, and overall stress. Another presentation covered COVID-19’s effect on families, as the PAC researchers developed surveys to assess families’ experiences at the onset of the pandemic. Ann Skinner from Duke University discussed the findings, explaining how lower parental support led to greater disruption and how varying government responses influenced families’ experiences.

Despite variation in cultures’ parenting approaches, PAC has unveiled many patterns that are consistent across cultures. Drew Rothenberg from Duke University illustrated the intergenerational transmission of parenting, arguing that internalizing and externalizing behaviors in the third generation are often the result of maladaptive parenting in the first and second generations. Regardless of culture, the effects of parenting are transmitted from one generation to the next.

Additionally, parental emotional socialization affects children similarly across cultures. According to Laura Di Guanta from Università di Roma, when parents use unsupportive strategies in response to their children’s emotions, such as punishment or neglect, their children are more likely to experience poor mental health and emotional dysregulation. By contrast, when parents use supportive strategies, their children tend to experience better adjustment. Lastly, across numerous cultures in PAC, it has been more difficult to involve fathers in research and intervention efforts, reflecting similar attitudes toward the roles of mothers and fathers in parenting.

A major takeaway from this event is the importance of cross-cultural research. Many previous studies on parenting have used Western samples and made generalizations about all children and parents. PAC diverges from this framework, using a sample that comprises participants from a diverse range of countries and cultures. This type of research is crucial, as it allows for more representative findings and interventions. Additionally, it promotes international networks across institutions and fosters policy advancement. With that, PAC paves the way for representative research and highlights the importance of evidence-based policy. 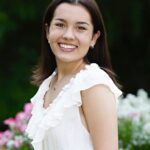 Sarah Williams is a sophomore, planning on majoring in Psychology with the Child Policy Research Certificate. She is especially interested in children’s cognition and plans to pursue a PhD in Developmental Psychology.